Each year the Meritorious Conduct Board reviews recommendations for employee awards based on outstanding acts or performances in which a citizen or officer demonstrates superior public service. This was a historic year in the history of the Mesquite Police Department, as three officers were presented the Medal of Honor. The Medal of Honor is the highest award of valor and has not been presented in the City since 1974. Twenty-four individuals were honored for their professional and courageous service. The following individuals were presented with their respective awards on April 15, 2019, at the Mesquite City Council meeting. 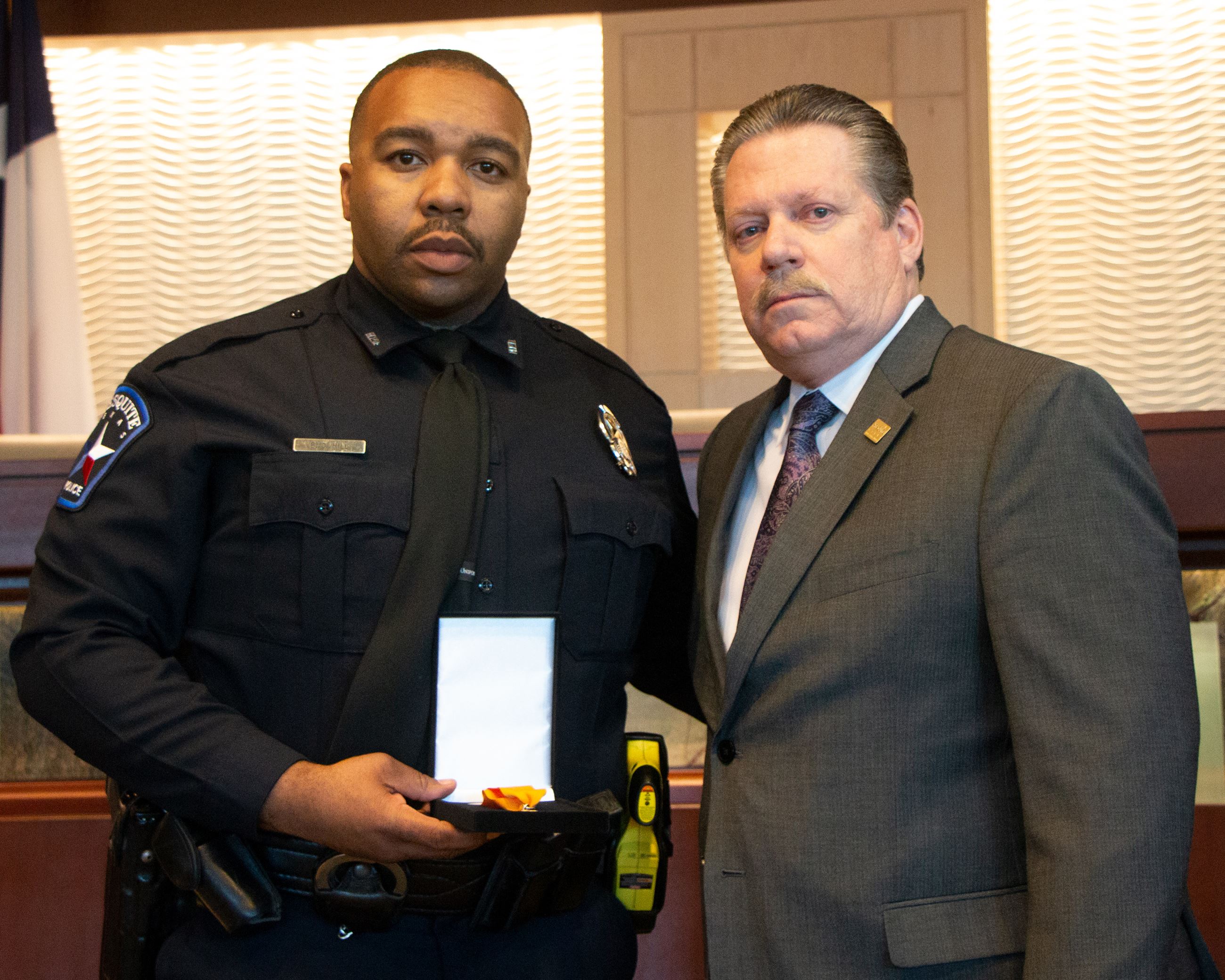 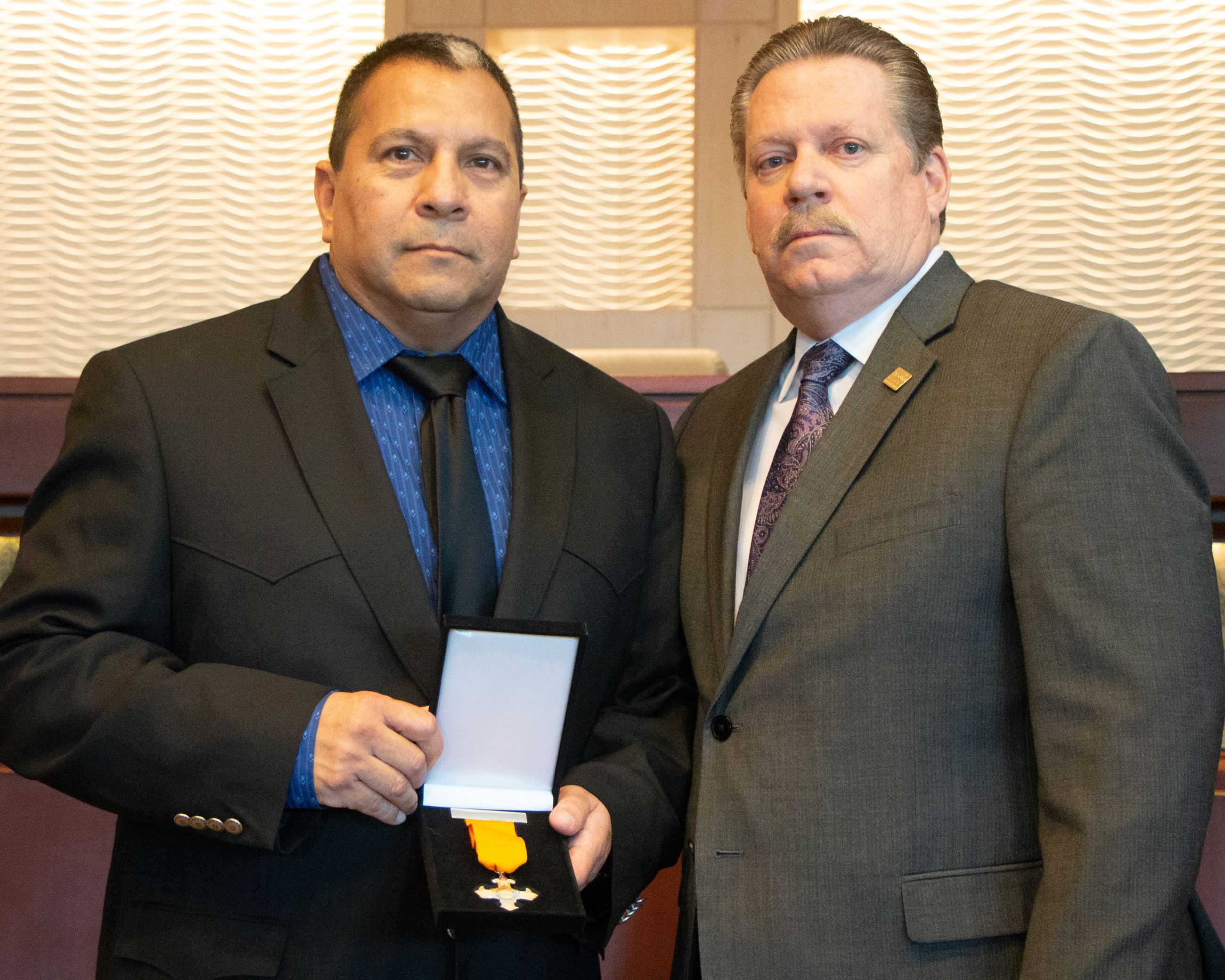 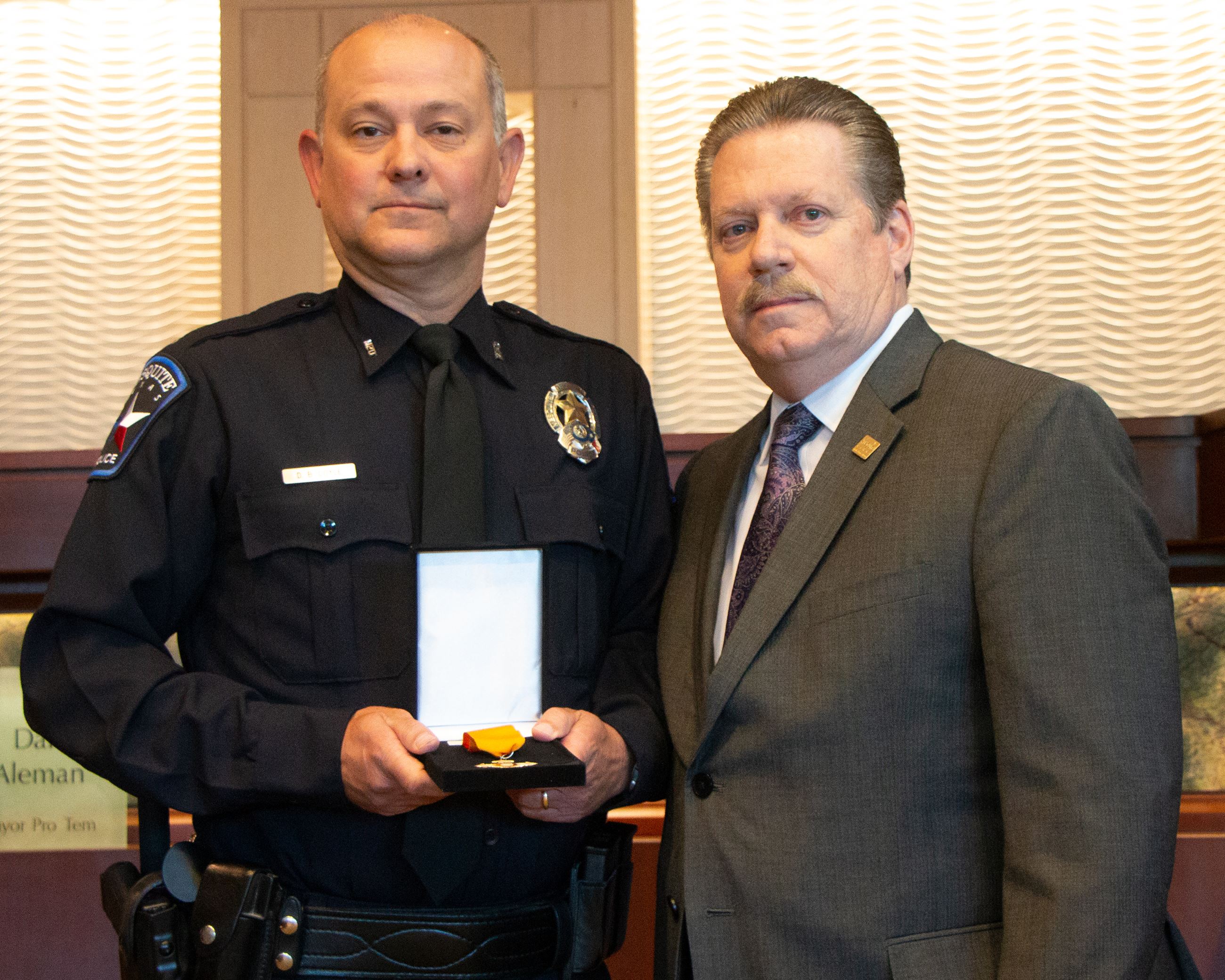 Mayor Stan Pickett presents Officer Brian Hill with the Medal of Honor. Read more about Officer Hill and his service to our community.

Mayor Stan Pickett presents Officer Scott Jimenez with the Medal of Honor. Read more about Officer Jimenez and his service to our community.

Mayor Stan Pickett presents Officer Douglas Coyle with the Medal of Honor. Read more about Officer Doyle and his service to our community.

The Officer and Civilian of the Year Awards 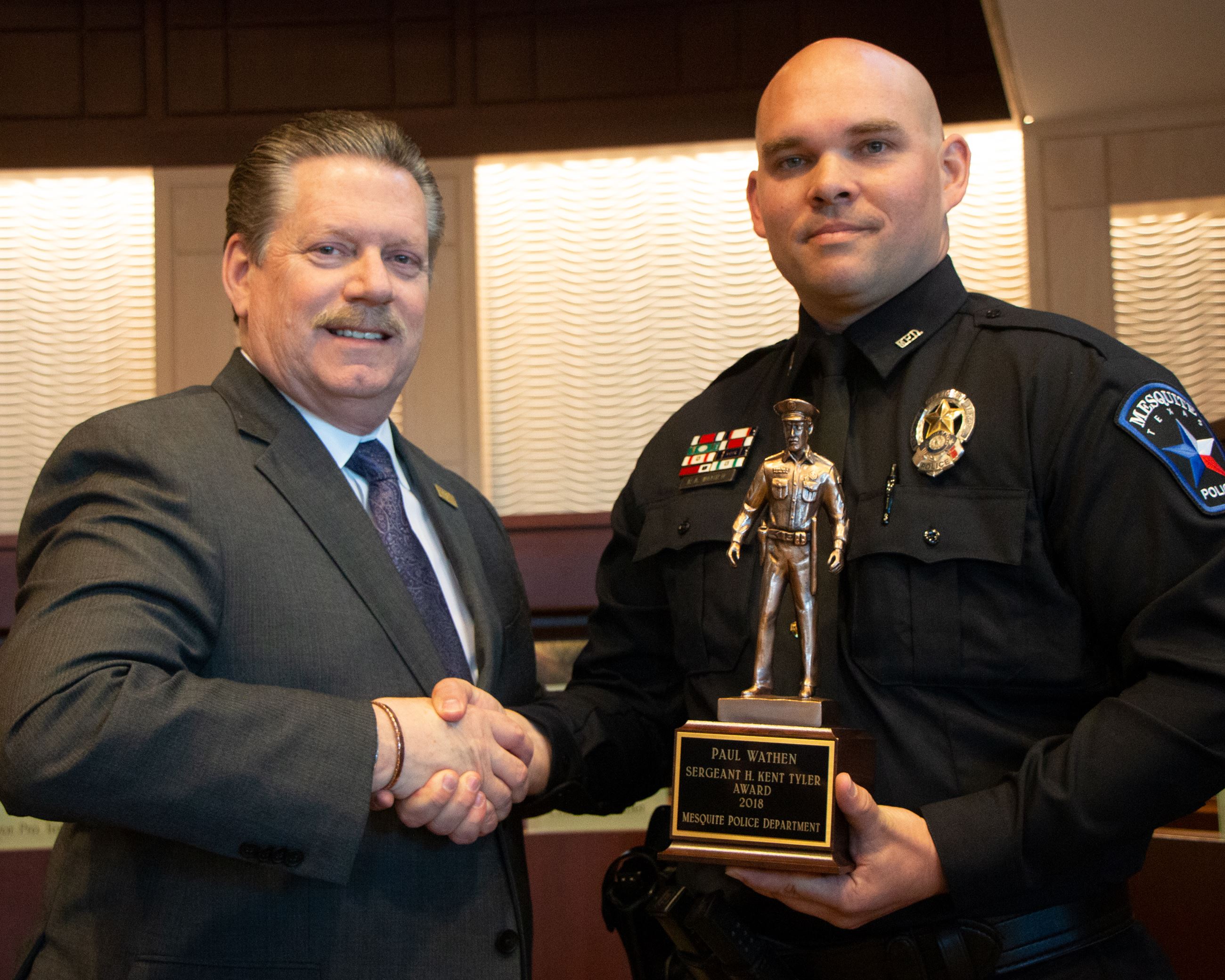 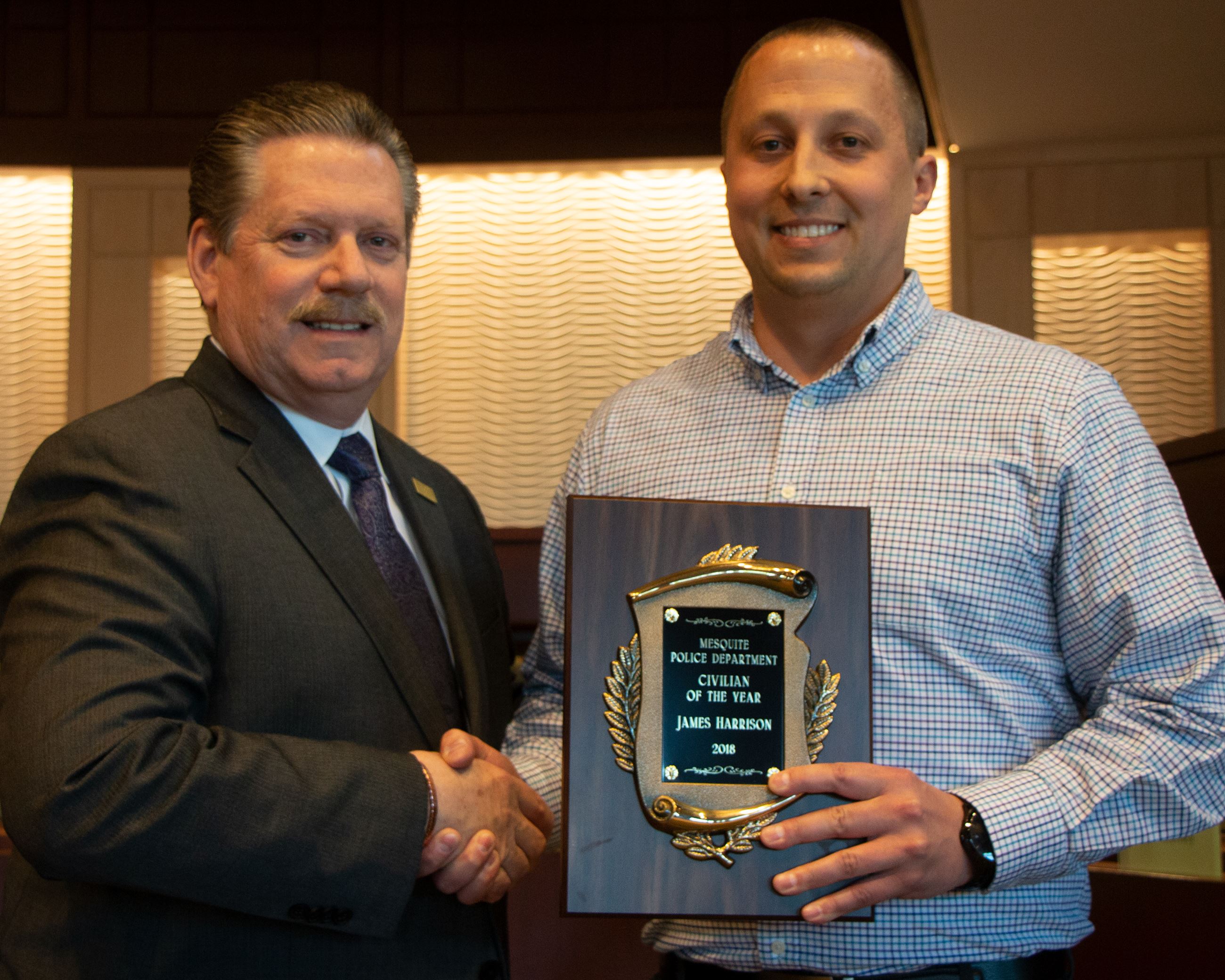 Mayor Stan Pickett presents Officer Paul Wathen with the Officer of the Year Award. Read more about Officer Wathen and his service to our community.

Mayor Stan Pickett presents James Harrison with the Civilian of the Year Award. Read more about Mr. Harrison and his service to our community.

The Lifesaving Bar may be awarded to any police employee for the saving of a human life or for prolonging their life to the extent that the victim was released to the care of medical authorities. The following individuals received the Lifesaving Bar:

The Certificate of Merit

The Citizen's Certificate of Merit