Each year the Meritorious Conduct Board reviews recommendations for employee awards based on outstanding acts or performances in which a citizen or officer demonstrates superior public service. This year 30 individuals were honored for their professional and courageous service. The following individuals were presented with their respective awards on April 16, 2018 at the Mesquite City Council meeting.

The Officer and Civilian of the Year Awards 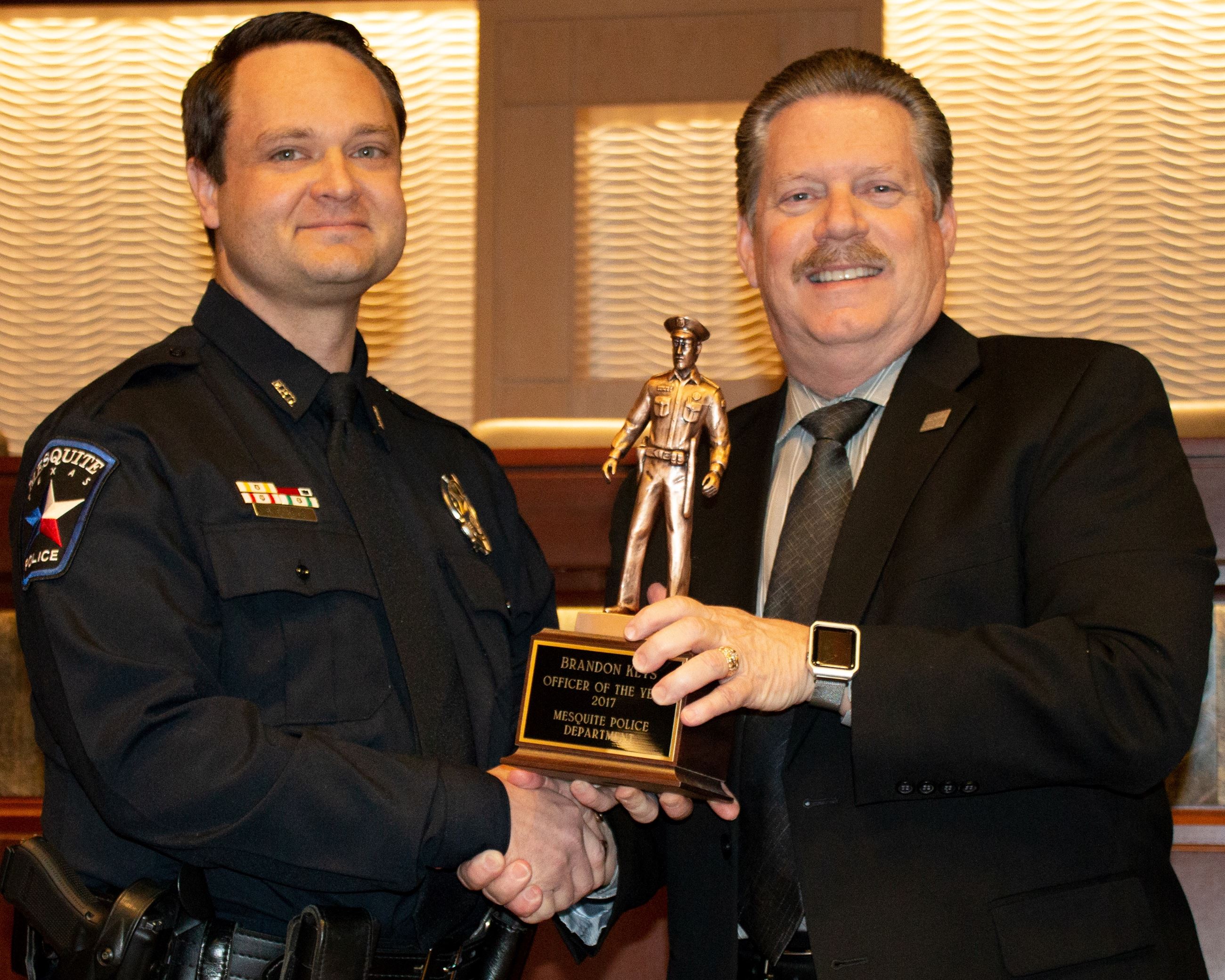 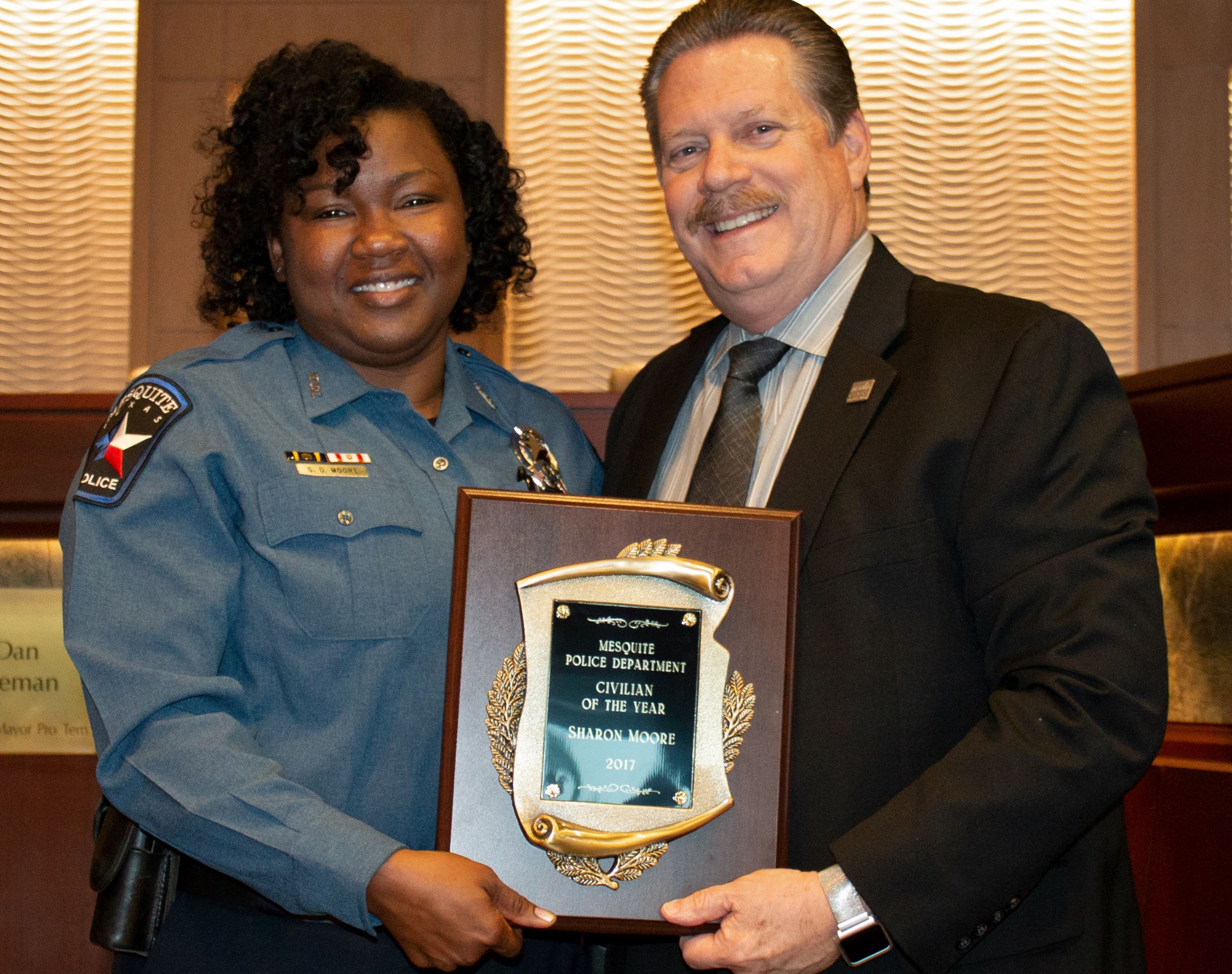 Mayor Stan Pickett presents Officer Brandon Keys with the Officer of the Year Award. Read more about Officer Keys and his service to our community.

Civilian of the Year - Sharon Moore

Mayor Stan Pickett presents Public Service Professional Sharon Moore with the Civilian of the Year Award. Read more about Ms. Moore and her service to our community.

The Lifesaving Bar may be awarded to any police employee for the saving of a human life or for prolonging their life to the extent that the victim was released to the care of medical authorities. The following individuals received the Lifesaving Bar:

The Certificate of Merit

The Certificate of Civic Achievement

The Citizen's Certificate of Merit