Mesquite’s second Tax Increment Reinvestment Zone (TIRZ) was created in September 1998 as an important step to maintain the long-term viability of the Town East Mall retail area and to accelerate the pace of new retail development along the IH-635 corridor. This TIRZ, which encompasses some of Mesquite’s iconic commercial neighborhoods, has been the site of multiple major economic advances for the community. The TIRZ was expanded in 2017 to include the Market East Sector and the greater Downtown Mesquite area. Since its inception, over $62 million has been expended to complete capital projects, improve streets, operate project facilities and provide economic development incentives. The TIRZ encompasses 1,188 acres and its incremental growth has increased by $228 Million from its base of $402 Million. The TIRZ tax increment is 75 percent of the City’s captured value and the City is the lone jurisdiction participating. Town East Mall continues to show its resilience by maintaining a 97 percent occupancy rate and Cloverleaf Crossing is completing construction of 227 townhomes that will add $57 Million value to the TIRZ. In addition, Project Stallion includes the City’s first Raising Cane establishment and will finish construction of Starbucks and develop of other pad sites. Market East continues to grow with over $9 million in new construction and the addition of Office Depot. The completion of the Front Street Station will enhance the ability to partner with downtown businesses, property owners and other stakeholders to continue revitalization. Recent additions include the Downtown Farmers Market.

The current TIRZ term runs until December 31, 2039. At the end of the term, the properties within the TIRZ are expected reach a combined appraised value of $820 million far exceeding the base value when the TIRZ was created. 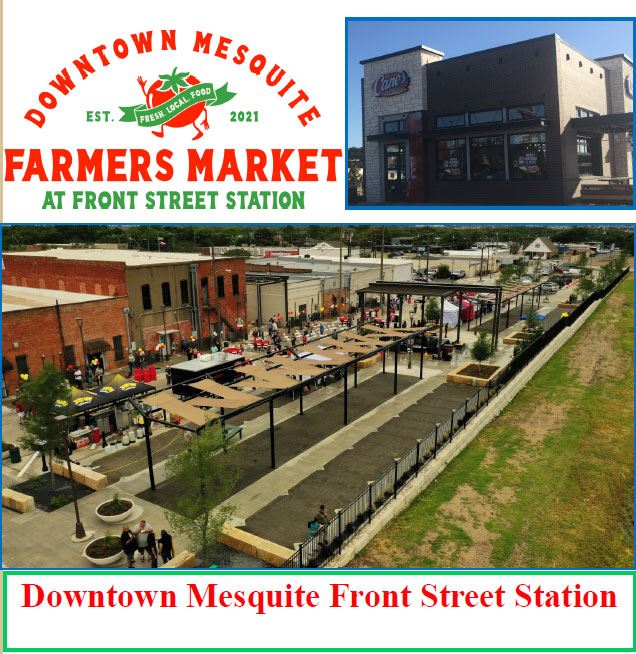