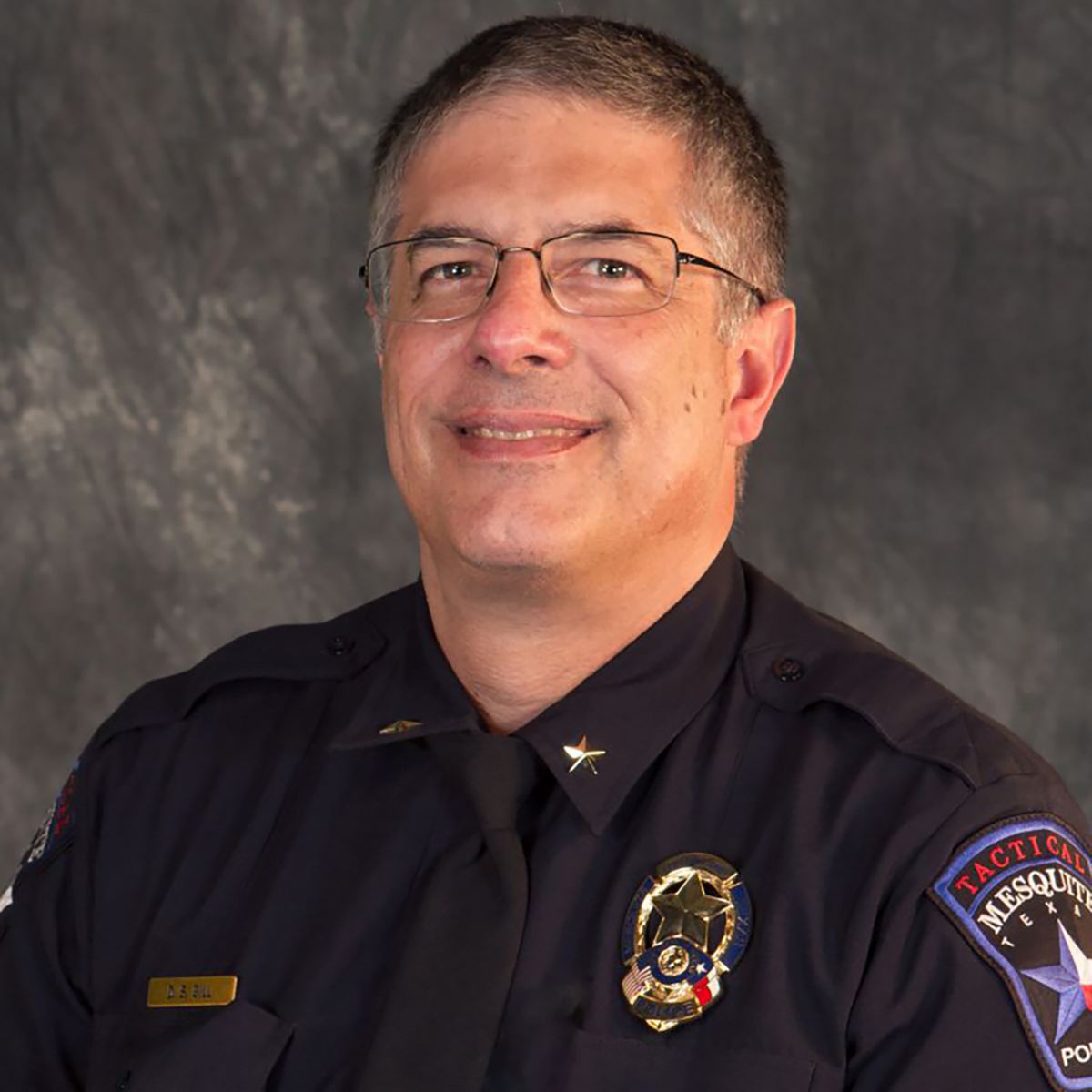 Mesquite, TX – September 27, 2021 – Assistant Police Chief David Gill has been selected as the City of Mesquite’s next Police Chief. A 27-year veteran of the Mesquite Police Department, Chief Gill has served in all areas of the department both as a supervisor and as an officer. He has earned 34 department honors including three Life Saving Awards and two Certificates of Merit.

City Manager Cliff Keheley stated, “David Gill has proven himself as a great leader in the department and is highly respected by the officers and civilian staff.  His experience with the department will be a tremendous benefit to the city as the department continues to meet the challenges of our growing community.”

Gill was hired as a police officer in January 1994.  During his career, he has served 13 years in command level positions including leadership of the department’s Tactical Division and service as a Field Training Officer. He earned a Bachelor of Science in Criminal Justice from Midwestern State University, a member of the Texas Tech University System, graduating as a Distinguished Honors Graduate for the Criminal Justice College. In December 2021, he will complete his Master of Science in Law Enforcement Management and Leadership from Sam Houston State University. Gill is active in community activities, serving as a Deacon in his church and graduating from the Mesquite Chamber of Commerce Leadership Mesquite program.

Gill said, “I am truly humbled to be selected as the Chief of Police for the City of Mesquite. I am excited for the opportunity to continue to serve this community in my new role. I want to thank the community, City leadership, and employees for their confidence in me and support for the last 27 years, but especially through the selection process. The Mesquite Police Department is staffed by the finest employees I have ever worked with, and to be selected to lead them in service to our community is an incredible honor. I look forward to working with the community to solve problems and ensure Mesquite remains a great place to live, play, and work.”

On August 16, 2021 the City of Mesquite announced external five finalists for Police Chief. The external finalists will participate in panel interviews in Mesquite August 25 – 26, and the City plans to select its new Police Chief by the end of September.

City Manager Cliff Keheley said, “We conducted a national search with the assistance of a professional search firm. These five candidates met our community’s high standards and the expectations I have for the role of our next Police Chief. We are excited for them to meet our City Council and to continue their participation in the interview process.”