A dynamic partnership of citizens and the City of Mesquite has resulted in a powerful new force revitalizing the historic heart of the city.

From the process of envisioning a successful downtown to hiring staff to achieving Texas Main Street Program designation, the partnership is putting together all of the elements necessary to create a vital downtown that is authentic, vibrant and a point of pride for the community. 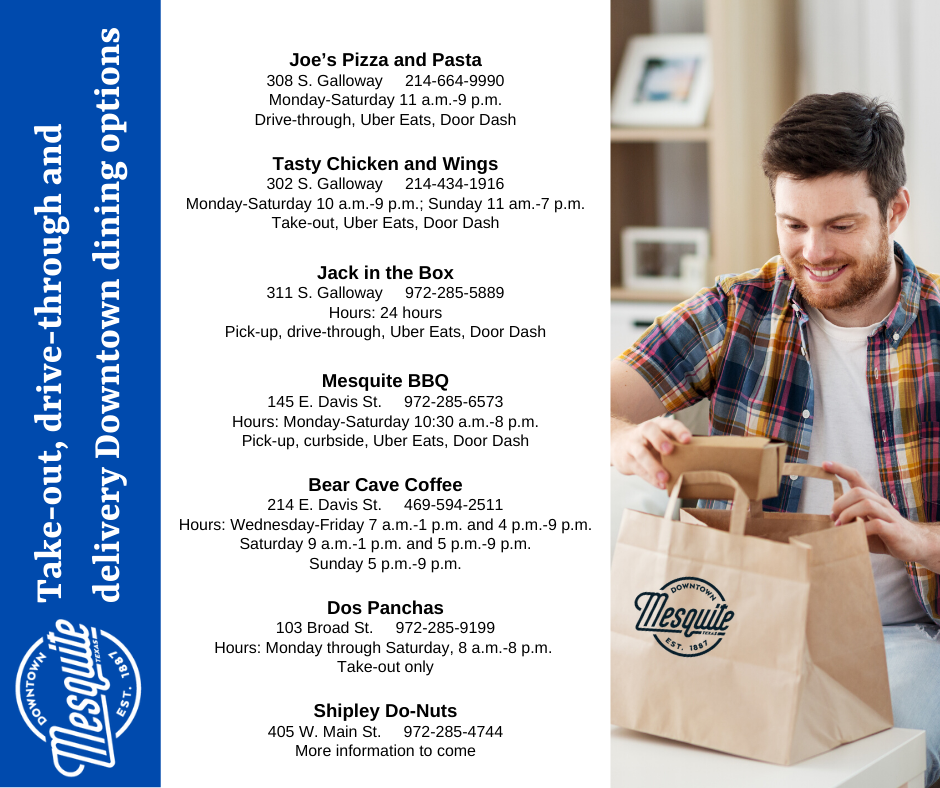 Please use the links below to find COVID-19-related business resources. Due to the constantly-evolving nature of developments, we encourage users to check the resources frequently.

CENTERS FOR DISEASE CONTROL RESOURCES FOR BUSINESSES AND EMPLOYERS

’Downtowner of the Year’ Recognized 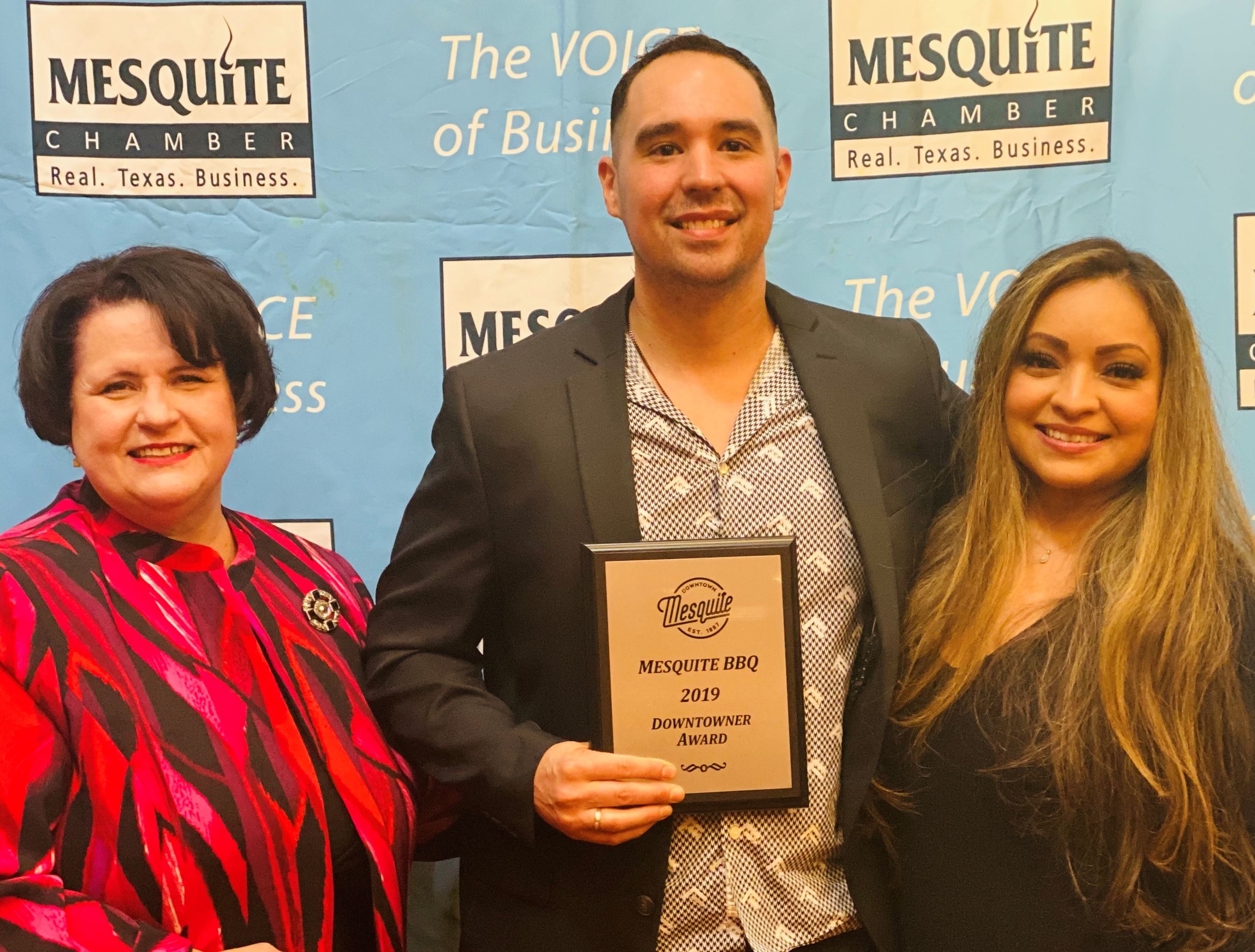 Mesquite Barbecue was honored as Downtowner of the Year at the Jan. 30 Chamber of Commerce banquet.
The business, owned by Dustin and Melanie Palmer, celebrated its 60th anniversary in 2019. This multi-generational enterprise was recognized for its longevity, charitable activities and contribution to the local economy. 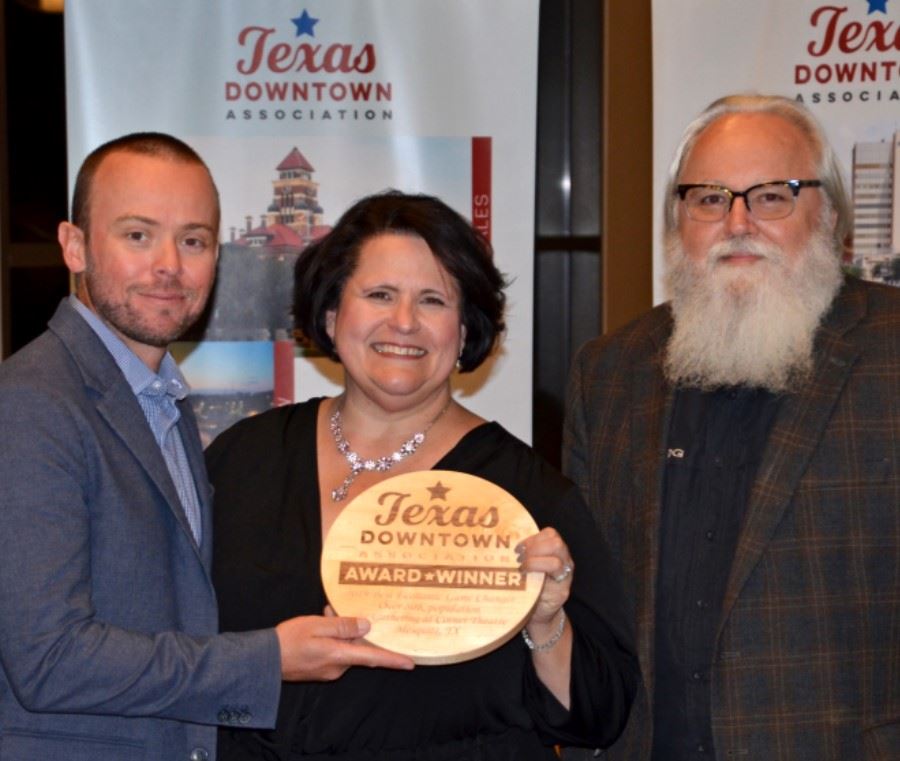 The partnership of the City of Mesquite and citizens to revitalize downtown won the Spirit of Downtown Award, which recognizes local projects that represent the overall efforts of the downtown or commercial district and their goals for the year. The Gathering at Corner Theatre won the statewide award for being the Best Economic Game Changer in cities with a population of 50,000 or more. This category recognizes projects, programs or promotions that had measurable impact on a downtown or commercial district in a striking and powerful manner.

Two Downtown Mesquite façade improvement grants were approved by City Council, which marks the first use of a new incentive program for the improvement of downtown properties.

The Downtown Mesquite Façade Improvement Program was created to encourage improvement of properties within the downtown area. Approved projects are eligible for a 50% reimbursement of the cost, with the maximum reimbursement of $20,000. The program also includes free design services.

Bill Metzger of Metzger Awards and George Boyce are the first two downtown property owners to apply and be approved for grants. Metzger is eligible for a grant of $6,116 and Boyce is eligible for a grant of $2,800. The Metzger property at 105 W. Main will undergo several improvements, including new signage and lighting, new paint, general door and window repairs and a new awning with custom brackets. The Boyce property at 202 W. Davis will see the installation of a new awning, as well as cleaning of the brick exterior.

For further details on the grant program, please see information below. 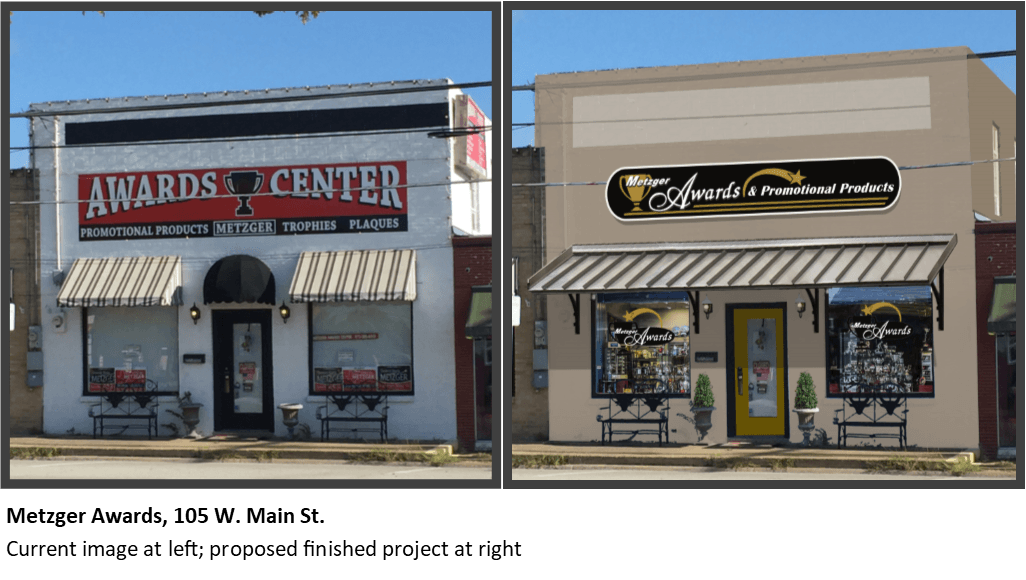 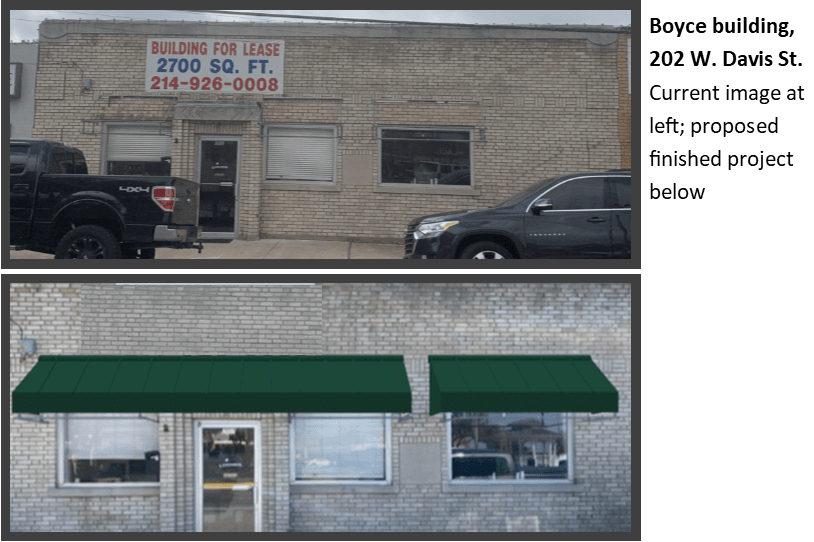 Facade improvement grants, which will be in the form of a reimbursement, will be for 50% of the cost of a façade rehabilitation up to $20,000. The program is funded by the Towne Centre Tax Increment Finance Reinvestment Zone No. Two, and a pool of $80,000 is available through the current fiscal year, which ends Sept. 30.

Projects must be vetted by the Downtown Mesquite Development Advisory Board and approved by City Council before work commences on any façade project. Once the façade rehabilitation is completed, it will be inspected for adherence to the proposal. If the façade work is true to the approved plan, the property or business owner will receive a reimbursement check.

The façade grant program can be coupled with free design services also made available to downtown business and property owners. By virtue of being part of the Texas Main Street Program, Downtown Mesquite has access to historic preservation architects who will provide architectural renderings, scopes of work and technical assistance briefs to owners in the downtown area free of charge. Abell noted that those considering applying for a façade grant will be encouraged to consult with the Texas Main Street architects before proceeding. 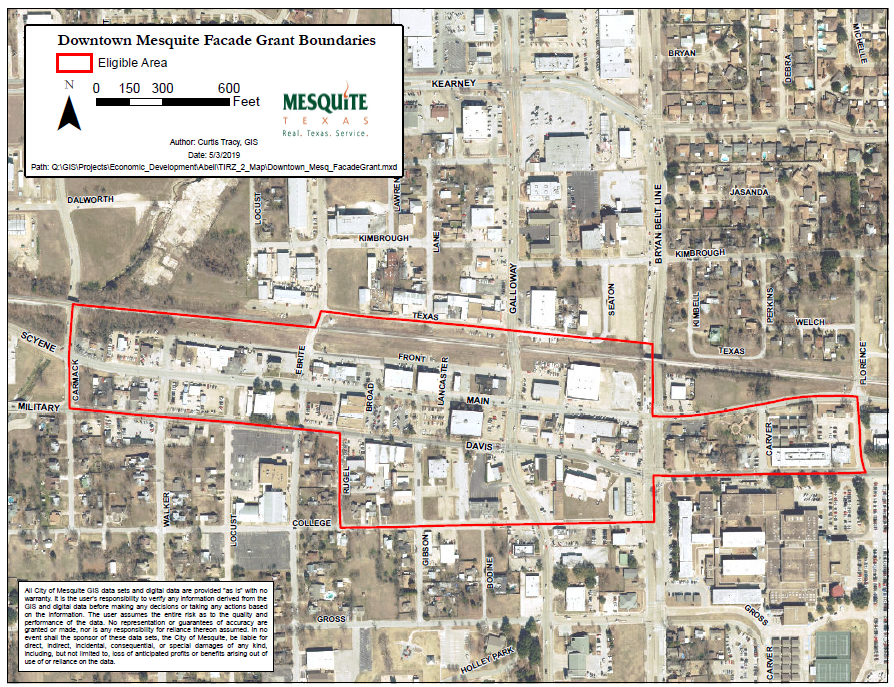 Construction has begun on Front Street Station, a $5.5 million public improvement project that will update infrastructure, including new sanitary sewer lines, storm drain and water lines as well as the installation of three grease traps to accommodate restaurant development. New lighting, sidewalks, paving, shade structures, a stage area and more than 80 parking spaces will also be installed. In addition, there will be a pass-through “pocket park” that will allow pedestrians passage between Front Street and Main Street.

Substantial completion is projected for late 2020.

Click on the following links for press releases regarding Front Street Station:

Significant progress is being made on the revitalization of Downtown Mesquite! Though successful revitalization is not accomplished overnight, we are happy to say new activities, new programming and new business development is already occurring even though our program is still in its beginning stages. Below you will see a timeline of some of the most significant achievements of the past few months as well as links to articles on Downtown Mesquite revitalization progress.

These highlights are the result of very concentrated effort on the part of citizen volunteers and City of Mesquite staff. On the near horizon are more business development tools, events, downtown design improvements, Front Street infrastructure and streetscape improvements and more. Stay tuned! 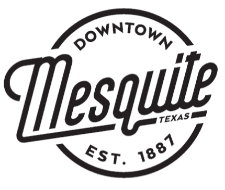 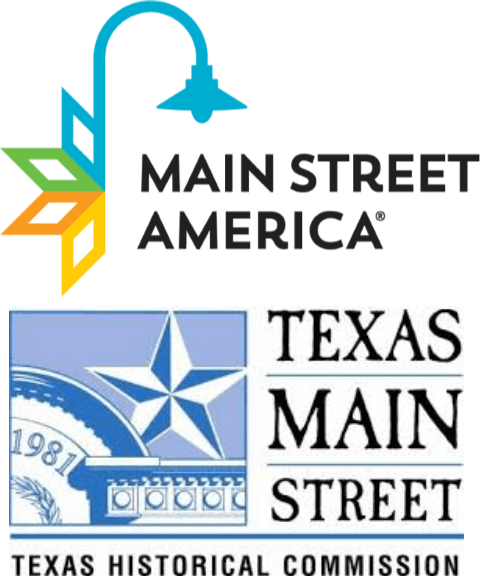